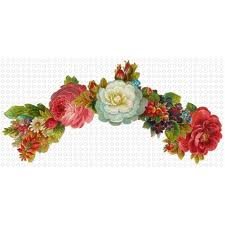 We've all seen the movies of the gallant US Cavalry charging down a hill toward a wagon train being attacked by Indians, or saving a stage coach from outlaws. Just when all seemed lost, the bugle would sound and help was on the way. Army life was no picnic but without the brave men of that long ago era, the move west might never have happened.

By 1844 Americans began to spread out, leaving their towns and crowded cities to "Go West young man." And so the expansion west begin, mostly in the form of long slow moving wagon trains that cut across the long flat plains, the hot dry deserts, along the ridges of the America's majestic mountains.

These families, just as their parents and grandparents before, wanted their own piece of land. By setting forth to explore the west, they encroached on land belonging to various tribes, some hostile, some not, for hundreds of years. The first few years of the migration didn't stir up too much trouble, but as the wagons kept coming, the Indian's began to resent their land being taken. Many tribes decided to fight back in hopes of making the trek West not so appealing.

The United States government decided to establish military posts along the Oregon Trail for the protection of the emigrants. In 1846 Congress approved "An Act to provide for raising a regiment of Mounted Riflemen, and for establishing military stations on the route to Oregon," and Fort Laramie in Wyoming was reborn. Early in 1848 Fort Kearny was established on the south bank of the Platte near the head of Grand Island. Later that year news of the discovery of gold in California raced through the country like wildfire, resulting in fevered preparations to move westward increased the urgency of extending the chain of forts. 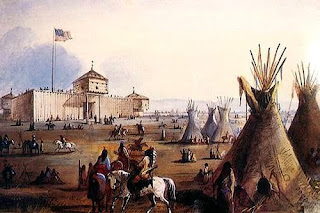 Life on a military fort was not an easy one. When the plains were peaceful, It was a life of endless drills interrupted by a series of bugle calls. The calls were so frequent that horses and dogs understood them and even a military wife's life was set by them. Officers may have graduated from a Military academy such as West Point or may have served in the Civil War and had been granted military title for their service. Many of the men who made up the forts regiments were hard working boys, some may have never before ridden a horse or others enlisted to hide their identity. Fighting Indians may have seemed glamorous but the excitement soon wore off as week long campaigns turned into months.